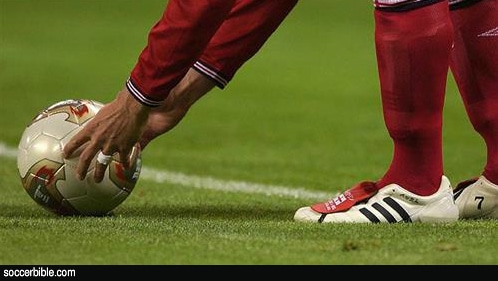 Who Wore The Adidas Predator Mania

The Adidas Predator Mania are undoubtedly one of the most sought-after boots in the world.

So, let’s time travel back to 2002, when the Manias were released, and discover what legendary players stepped foot into the Manias.

You may have heard of the names Zinedine Zidane, Steven Gerrard, David Beckham. If not, then I’ll assume you’ve stumbled accross this site by accident.

These 3 midfield maestros all donned the Predator Manias, pulling off different colours with their fancy footwork, thunderbolt strikes and pin point free kicks, instantly giving the Manias a legendary status. 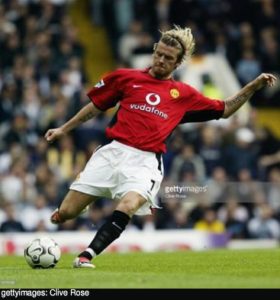 What divided the Predator Mania to all the other boots on the market is its design. They were unique and oozed legendary status, combining a mixture of Control, Power and Swerve.

The ‘tongue’ was a invention secured by adidas, offering lace protection and the ‘grips’ on upper boot offered extra traxion when striking the ball for advanced swerve control.

Here are some images of iconic footballing moments that occurred where the Manias had a part to play: 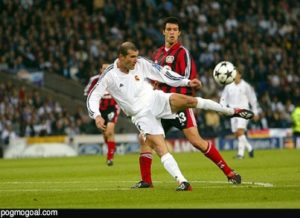 If you’re a real football fan, then this picture needs no introduction. Zinedine Zinane’s match winning goal in the Champions League final vs Bayer Leverkusen on the 15th of May 2002 at Hampden Park, Glasgow. But there’s more to it than that…

The whole moment was bizarre. The goal left millions of fans in awe as it seemed like a impossible task to strike the ball in the back of the net against one of the best goalkeepers football has seen, at such a difficult angle. The ‘180 degree’ volley was smooth, sublime and perfectly hit. And the legend pulled it off in one of the most important games of his career.

Zidane had a very successful career, winning 13 trophies with France, Real Madrid and Juventus. As well as 6 individual honours to his name.

Below is a picture of 2 English midfield dynamos and fan favourites clash at the Worthington Cup Final in 2003, where Liverpool went on to beat their rivals Manchester United 2 – 0 at the Millennium Stadium, Cardiff. 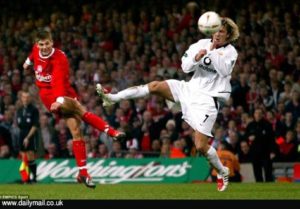 One of the goals came from a long range effort from Gerrard which took a monstrous deflection off Beckhams thigh before looping into the top right corner, leaving goalkeeper Fabien Barthez no chance.

The distance away from goal where the strike was took, as well as the deflection, was certainly jaw dropping for most fans. But then again, what else would you expect from a Steven Gerrard shot other than being a missile flying pass the goal line?

Both Steven Gerrard and David Beckham wore the adidas Predator Manias in many different colours during the 2002/03 season. 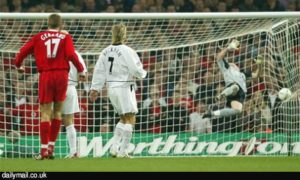 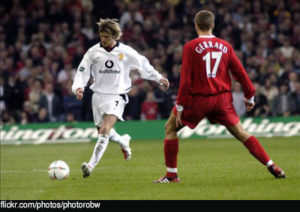 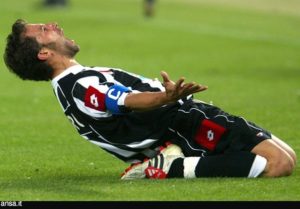 Everything you could ask for in a attacking midfielder / striker. Who was undoubtedly one of the best of his generation.

A man who wore his heart on his sleeve went on to smash the highest goal scoring record of Italian giants Juventus F.C, scoring 290 goals during 19 season spell. A fan favourite, the club captain, it certainly was a sad day when he decided to hang up his boots. 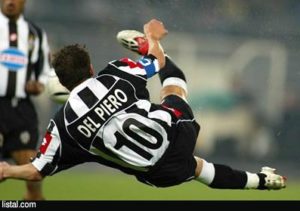 Del Piero scored 23 goals in the season 2002/03 where he wore the Champagne adidas Predator Manias FG for the majority of the time.