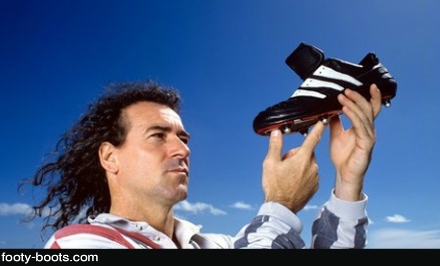 Who Invented The Adidas Predator Boots

The first adidas Predator boot was designed by a ex-professional football player by the name of Craig Johnston. The boots were initially declined by adidas, Nike, Reebok and PUMA. Johnston then approached Franz Beckenbauer, Karl Heinz Rummenigge and Paul Breitner and persuaded them to try out the boots during a warm up in snowy conditions. Which he filmed. 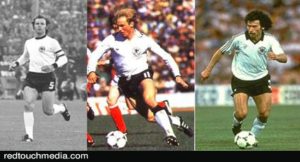 He approached adidas again, with a slight change to his original design where he added further ‘grips’ to the upper, as well as the clips of Beckenbauer and co. Adidas were blown away, and decided to invested in his prototype immediately.

Johnston then went on to invent the ‘Traxion’ sole as he believed the studs on most boots carried a higher risk in injuries. Basing his theory on the time it took for the studs to leave the soil in the ground when running.

This inspired him to create a sole which had smaller studs which had less grapple with the soil. 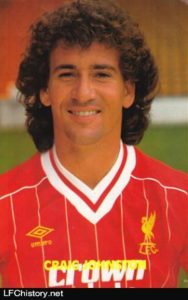 Craig Peter Johnston was born in Johannesburg, South Africa on the 25th of June, 1960. He started his playing career at Lake Macquarie, before moving to England where he signed for Middlesborough, Newcastle KB United on loan, transferred to Liverpool, before returning to Newcastle KB, again, on loan.

Johnston wasn’t short of  opportunities of representing a country, with offers from Scotland via the eligibility through his father. As well as Australia. But he chose to test himself among the England’s under-21’s best.  Where he earned himself two under-21’s England caps.

Johnston, for Liverpool, was a tireless runner, a grafter, a fan favourite. He found himself on and off the bench on several occasions as a versatile midfielder and striker.

Craig Johnston celebrating the FA Cup and League Championship in 1986 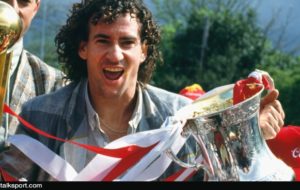 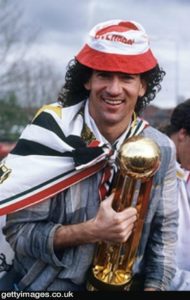 Below reporter Kelly Forshaw from Red Touch Mania takes up the opportunity to discuss the Predators with Craig Johnston.