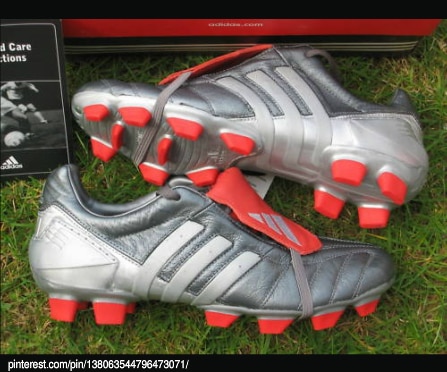 Where Can I Buy Adidas Predator Mania

Are you trying to get your hands on a pair of Adidas Predator Mania?

The classic boots that everyone wants? Well, I’ve got news for you. You CAN buy them, and at a reasonable price too! 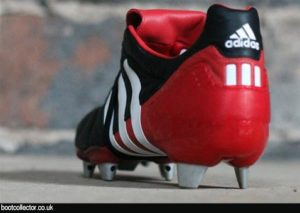 Here I will guide you to your perfect pair and you’ll be spraying balls left right and centre, releasing your inner Zidane. (Yes, I’ve imagined this)

You may have noticed that due to the high demand and limited stock of Adidas Predator Mania, there are not many websites where you’ll find them for a reasonable price – in fact, you’ll be very lucky to find a brand new pair of Manias at all.

So, first things first, my advice to you is to forget looking for a brand new pair, because you’re going to end up looking at prices starting from at least £250. Yes, you heard me right. £250. Ridiculous ain’t it.

Secondly, I advise you to search on Buy-And-Sell websites such as eBay and Gumtree for a second hand pair which is in good STRUCTURAL condition. Meaning, there’s no signs of splitting etc. The appearance can be cleaned and touched up later. Here is a list of adidas Predators for sale where you can start to look: www.predatorcollection.com/adidas-predators-sale/

Let’s take a look at the picture below. These are a pair of adidas Predator Mania in Champagne colour. And they are the original 2002 version. 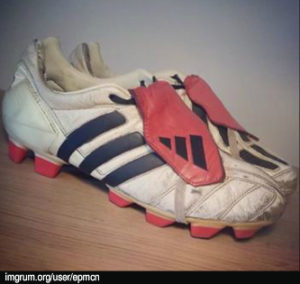 They look a little worse for wear, appearance wise. But if you look carefully, the structure of the boots itself is in great condition.

If you saw a pair of similar boots to these, I would strongly advise you to buy them, especially if they are going for less than £150.

When you’ve received them you can clean them thoroughly with a cloth/toothbrush, and apply some shoe paint/white polish to cover up the signs of wear and tear.

If you do this, you’re wearing a pair of 2002 Predator Mania which are in great condition, look like they’ve been worn a couple of times and you’ve saved AT LEAST £100.

Oh, I also forgot to mention, the other 21 players on the pitch will green with envy.

Ok, so now I’ve told you my advice, let’s talk about the process of actually buying the boots. I suggest you keep an eye on eBay and Gumtree everyday for a pair of second hand ‘used’ pair of Manias on Auction (eBay). If you keep a regular eye out, you’ll spot someone listing the boots for a ‘Buy it Now’ price of £200 etc, but they are also on Auction. Meaning they can sell for less when the time is up. 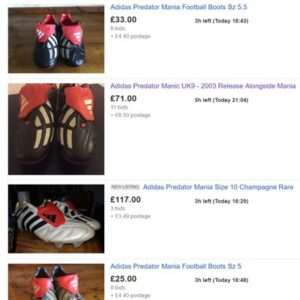 Here, on the right, is a screenshot I took of some Predator Mania listings on eBay, where you can find a pair listed for less than £120.00. Bear in mind these are ‘Used’ boots.

But, if you regularly update and check this listing, you will find pair that has a bad picture, boots are uncleaned, or have a poor description, this is where you’ll have the opportunity to grab a bargain.

A little tip for you: If/when you’ve found a pair of Manias that you like on auction, but ending in say, 6 days. Don’t submit any bids until the very end, literally down to the last 10 seconds (that’s if the boots still remain within your price budget).

This will prevent bidders from outbidding you at an earlier stage, which means a higher price when the auction finishes. It’s almost guaranteed for the price to go higher in the last minute of the auction because other bidders will be applying this strategy.

So, lets say your budget is £120. The auction of your chosen Manias is ending with 10 seconds to go at the the price of £86. Submit your bid of £121 in the last 10 seconds so your rival bidders won’t have the chance to submit a higher bid. Meaning you’ve won the auction, which is within your budget. MAKE SURE YOU HAVE A STABLE CONNECTION.

£121 you asked? Bidders generally like to bid in whole numbers, so if your rival bidder happened to already have put a bid in of £120 in the last 10 seconds, he would’ve won the auction.

That small £1 would’ve made the whole difference of landing your dream pair. 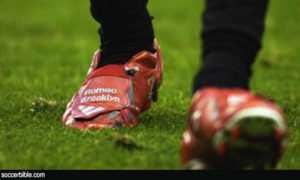 Another surprising way of bagging a pair of Predator Manias at a cheap price, is by looking out for the clueless folk. Anti sports moms and dads, for example, don’t have a clue how sought-after the Manias are, and they’ll list their kids boots from 2002 which they found in the garage for £10.

They don’t know the brand, name, or style, and they’ll list them on eBay/Gumtree (Or car boot sale) as ‘kids football boots size 7’ for £10!

There are surprisingly a lot of people who do this, which is also another good reason to check eBay and Gumtree everyday, to see if some clueless Mom has done this.

If you search everyday. see a pair of Manias listed as ‘football boots’, you can buy them straight away, before someone else offers a attractive price, or before the clueless mom realises what a pair of boots is in their garage. 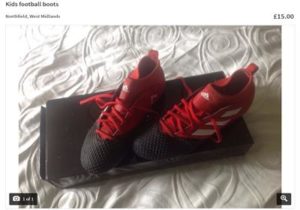 Here is another screenshot I took which shows a listing on Gumtree with the title ‘kids football boots’ (This is a classic example of what I said above, even though they are not Predator Mania).

The person who listed these boots didn’t realise that these are a pair of Predator Ace, in the classic colours too. Which are worth at least £50 – £120 of anyone’s money. Because of this, he’s selling them for £15.

You’d be surprise how often this situation arises. Be sure to get in there first!