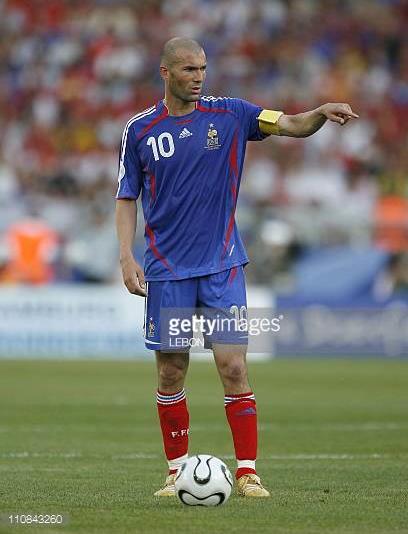 What boots did Zidane wear

by Sam
in History, Mania, Predator
Leave a comment

As well as his scintillating form ahead of the final, Zizou, as Zidane is called by his team mates, had been gracing the World Cup in a pair of Adidas Predator Absolutes football boots. What is unique about these football boots, is that they are completely gold in colour.

Zinedine Zidane’s gold football boots were never available to buy despite many consumers suggesting they should be sold. Read more..

adidas has been producing the Predator for the past 17 years and with this version, the tenth in the series, they have created what they describe as “the most powerful football boot in the world.”

At its heart is the ability to maximise power, swerve and control. To achieve that this time round, adidas has created some bespoke technology for the football boot with the help of one of the greatest players ever to grace the game, Zinedine Zidane.

Speaking about the Predator_X, the former world player of the year said:

Having worn Predators throughout my career, I’ve always been amazed with the continued product development and what each new version of the boot bought to my game.

With Predator_X, I’ve been working with adidas to help lend my football experience to their product knowledge to truly deliver the next step in boot technology. Read more..

Zinedine Zidane talks about his history with Predator as adidas launches the Predator Instinct Accelerator and gives a new life to a boot that changed the game of football.

The adidas Football channel brings you the world of cutting edge football. Gain exclusive access to our players, go behind the scenes with our teams and be the first to see the latest innovations in football. adidas Football’s mission is to push the limits of the game forward, driving the performances of Messi, Bale, Van Persie and Sunday League players around the world.