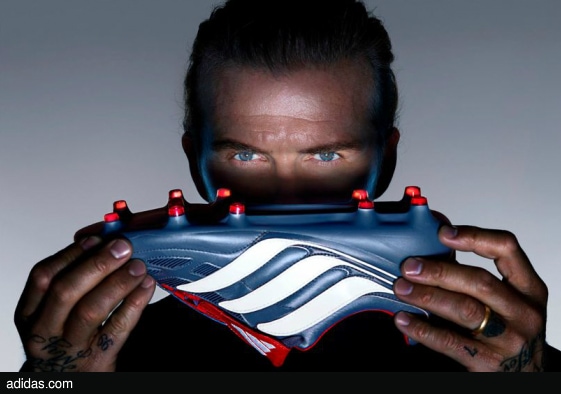 With a vision for Precision adidas re-launch one of their most iconic Predators of all time. The first Predator of the millennium is transformed seventeen years later into a modern maverick that bends the rules as hard as it bends the ball. Yep, it’s happening.

Today is a mighty fine day. Today is the day that one of the greatest adidas football boots ever made returns for a crack at the big time. Today is what Christmas would be like if David Beckham was Santa Claus, Zidane was helping him out, and they’re both in your back garden curling presents round a wall of snowmen into the top corner of your damn stocking. We’ve gone off topic… 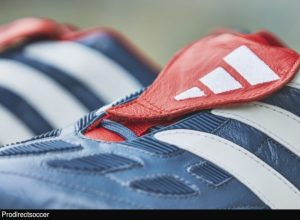 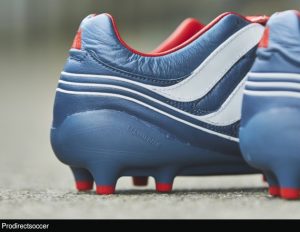 ollowing on from the re-release of the Predator Mania Champagne in May this year adidas reach further back into their prestigious archives to pull out more generation gold. Opting for the distinctive blue colourway, the Three Stripes deliver a boot that stays as close to the original as possible. One-to-one colour matching from the original sits on a K-Leather upper and fold-over tongue with velcro strap, and the trademark rubber elements follow the same pattern as the original.

Both the stripes and rubber elements are stitched on, as per the original, and the insole replicates the design from back in 2000. Read more…