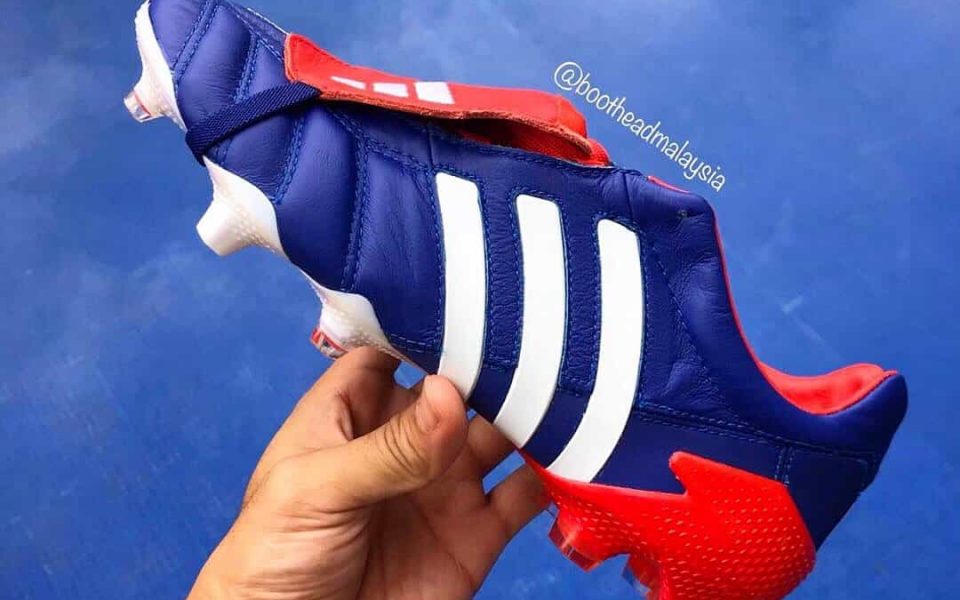 As we’ve already seen, the adidas Predator crew have re-visited their old classics and brought them back to life. The Rapiers, the Accelerators, Precisions, and finally, the Manias – undoubtly the favourites.

The classic colourways were released, especially for the Manias, but they left us hanging one one particular colour, which was a colour that didn’t flash before our eyes on a football picth very often.

The ‘Japan Blue’ Manias – undoubetly the most rarest of them all, and not just of the Predator line, of all football boots!
If only we knew…

Simply stunning. Thanks @drcoolmouse for a great picture.

There have been rumours circulating the media that adidas are releasing a remake in this very boot – the Japan Blue.

There have a images going around of what they will look like and it’s a pleasure of mine to share these leaked images with you. Get ready…

And there is is. adidas have really made the most of it and designed a stunning boot.

They are part of the Predator-Exclusive Adidas Tormentor 2020 Boots Pack.

Here are some more pictures

The release date is in mid-March which is only a 3 weeks from when this post was published.

However, there have been rumours circulating that they will be out before then, so keep on your toes and your eyes peeled.

The Japan Blue Predator Mania remake of the the Adidas Tormentor pack will be available in these models; Predator 20+, 20.1 and 20.1 Low.